HAPPY HOLIDAYS FROM THE QFTC We would like to send you our best wishes for a happy, healthy and prosperous new year and a wonderful festive season with your loved ones in line with the current safety measures. Please note that the QFTC offices will be closed from December 24 to January 4 inclusive. For our final […]

The QFTC is proud to organize its fifth VR FAM Tour for independant US producers!

Launch of the 3D Fall Series, a series of workshops focused on Diversity and Inclusion, Dialogue and Employee Development

Release Your Creativity project The QFTC is pleased to officially announce the launch of the 3D Fall Series, a series of workshops focused on Diversity and Inclusion, Dialogue and Employee Development. This series is the 4th and final component of the Release Your Creativity project, developed with the support of the City of Montreal, AccessVFX:Montreal and our partner studios: Caribara, DNEG, […]

PRESS RELEASEFor immediate distribution MONTREAL, August 30, 2021 – The Quebec Film and Television Council (QFTC) is proud to announce that Christine Maestracci is now acting CEO of the organization. A lawyer by training, Maestracci joins the QFTC from Quebecor Content, where she served as Vice President, Acquisitions and International Distribution. With more than 20 years of experience in the field […]

THE QUEBEC FILM AND TELEVISION COUNCIL IS PROUD TO ORGANIZE ITS FOURTH VIRTUAL REALITY FAMILIARIZATION TOUR FOR AMERICAN PRODUCERS! 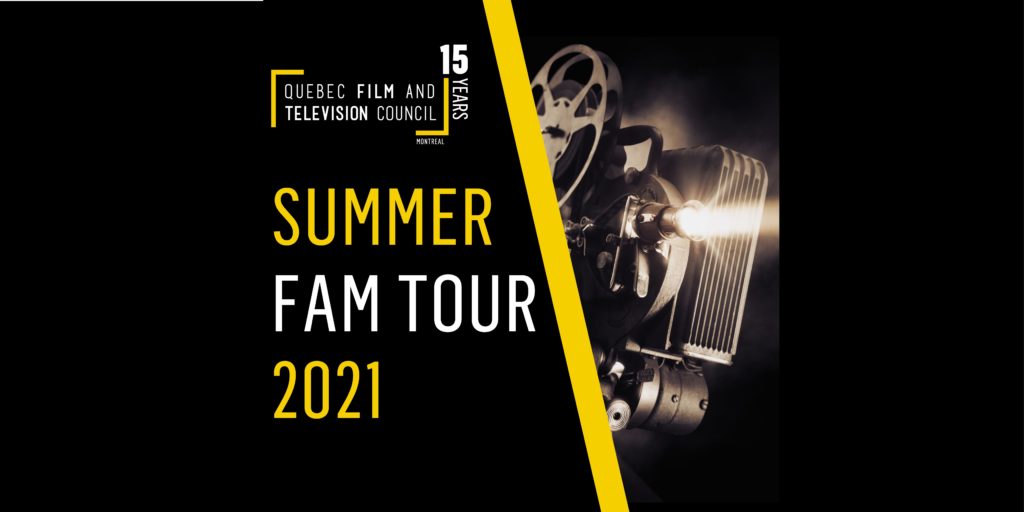 The QFTC’s 2021 AGM: An Atypical Year for a Quick and Dynamic Recovery

PRESS RELEASE – For immediate distribution MONTREAL, June 17, 2021 — This Thursday, at the Annual General Meeting of the Quebec Film and Television Council (QFTC), presented by its official partner, the firm Raymond Chabot Grant Thornton (RCGT), Émilie Dussault, Chair of the Board of Directors and Pierre Moreau, CEO, delivered the 2020–2021 annual review to the members, taking […]

The QFTC Holds Its Very First VFX I AI SYMPOSIUM

PRESS RELEASEFor immediate distribution Montreal, May 11, 2021 – The VFX|AI Symposium, organized by the Quebec Film and Television Council (QFTC), was held on April 28th. The goal of this event, made possible through the support of the Conseil Emploi Métropole and in partnership with the School of Digital Arts, Animation and Design (NAD-UQAC), was to provide a venue where […]

PRESS RELEASEFor immediate distribution THE QUEBEC FILM AND TELEVISION COUNCIL IS PROUD TO ORGANIZE ITS SPRING VIRTUAL REALITY FAM TOUR FOR FOREIGN PRODUCERS! Montréal, May 6, 2021 — A virtual breakfast meeting was held this week between American producers and the Quebec Film and Television Council (QFTC) stakeholders. The highlight of the meeting was the immersive, virtual reality tour […]

PRESS RELEASEFor immediate distribution MONTREAL, April 30, 2021 — The Quebec Film and Television Council (QFTC), the Conseil québécois des événements écoresponsables (CQEER) and Québecor, in collaboration with its subsidiaries MELS and TVA, are pleased to proudly announce, as founding partners of the project, the official launch of Rolling Green, a program dedicated to environmentally responsible audiovisual production in Quebec. The audiovisual […]