Montréal, May 6, 2021 — A virtual breakfast meeting was held this week between American producers and the Quebec Film and Television Council (QFTC) stakeholders. The highlight of the meeting was the immersive, virtual reality tour of Quebec reflecting the organization’s ongoing modernization of the industry’s standard Fam Tour. The Fam Tours organized each year by the QFTC are designed to introduce American producers to Quebec’s audiovisual offer.

“Thanks to the latest virtual familiarization tours held last January, we were able to bring in film & TV projects and generate direct economic benefits in Quebec! We are very proud of this reinvented formula for our Fam Tours. The immersive VR production as well as the presence of our partners at the meetings are the result of a collaborative effort by the audiovisual industry to attract foreign audiovisual projects. We are confident that following this Spring VR Fam Tour, new producers will choose the province of Quebec to come and shoot their project.” Chanelle Routhier, Commissioner, Film & TV, Province of Quebec

With in-person Fam Tours no longer feasible, Quebec has replaced the standard model with a virtual reality (VR) tour. In collaboration with Montreal-based company UNLTD, an immersive virtual reality production experience was created to allow American producers to discover the province’s many assets through virtual reality headsets offered by the QFTC.

For this Spring Fam Tour, 11 American executives from major studios including Lionsgate Television, New Line, Universal and HBO participated. They were particularly enthusiastic about the discovery of this unique and original experience.

“The QFTC is one of the most creative Film Commissions and this Spring Fam Tour in VR proves it!” Jay Roewe, SVP HBO, HBO Max & Warner Media

“Thank you for this wonderful FAM tour! It was so informative; makes me eager to come experience Quebec in person!” Lorie Zerweck, Senior Vice President, Production, Universal Television 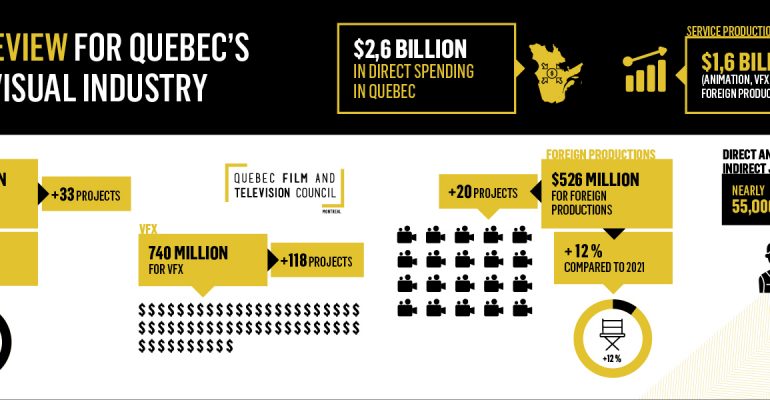